Purchased this in Perth for under RM400. A health band was something that was never on my radar but I spent all of 1 hour before deciding to buy it.

First things first : why did I not buy the Garmin Vivofit instead? It has a nice display, 1 year battery life, connectivity to Garmin Connect. Only thing going for Flex which has no display is the Battlestar Galactica Cylon blinking lights. Because I would look like a dork wearing two watches : unless I am willing to just wear the Vivofit to work and leave the other watch at home. To wear watches on both hands, IMO, looks dorky - and would elicit too many questions from work colleagues.

Plus 1# - understated and not attention grabbing. 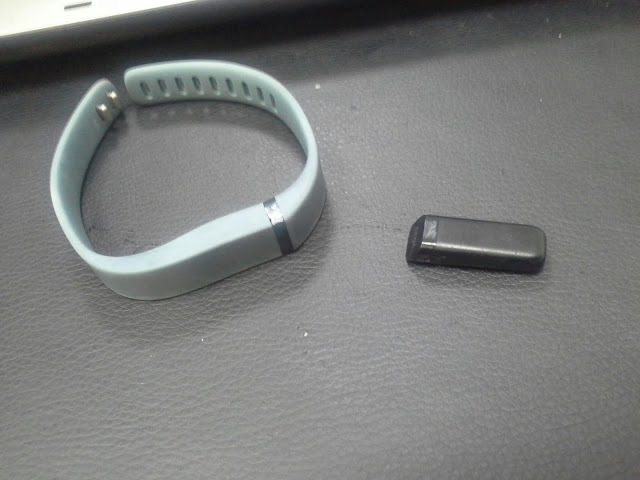 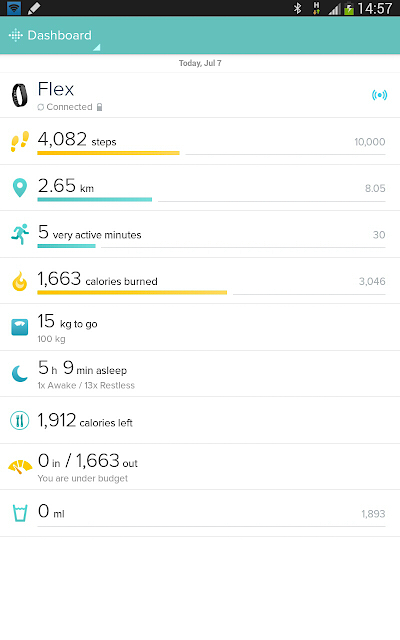 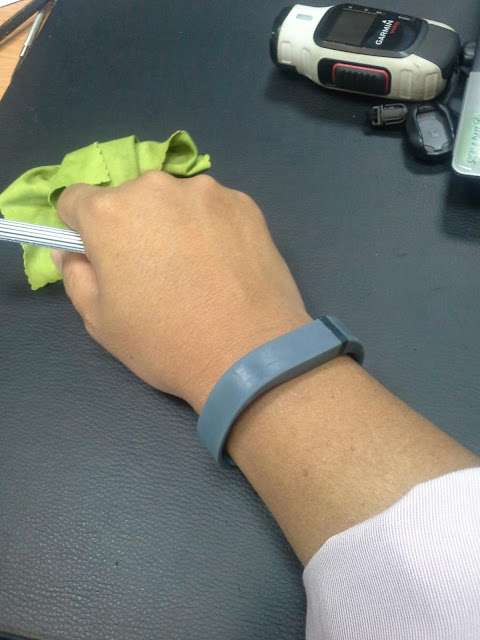 Minus 1# - Battery life : needs to be recharged every 5 days! You can easily forget to do this - or happen to not have the proprietary charging cradle handy. I'd leave the charger at the office or a place where you spend the most time during the week.

Plus 2# - all fitness bands do not tout having 99.99% accuracy and uses oblique words like "representative", "guide" or "reference" but never "accurate". Because it is not. It calculates based on motion - despite their best algorithms to distinguish between movements by walking or movements when sitting down - it is not a perfect science. However! After tweaking the stride length settings, I found that I could get the calculation near the ballpark. If you look at the summary of Larian Gegar 2014 during the morning session, it recorded a distance of 13+km. The run itself was 10km and add the milling around at the start finish line, the warm up, walking from carpark to race site  - I'd say that is pretty close to being accurate!

Minus 2# and Plus 3# - after 5 months of having it - I would confess that it is rather faddish. I no longer diligently sync the unit every day nor do I key in my food intake anymore. In a word - it is pretty much forgotten. For big activities like hiking or races, I have my Fenix which can make the Fitbit rather redundant. Until my recent 8 day trip overseas. Switching GPS on for Fenix would do little since I would be in and out of subway stations and shopping complexes. That was when Fitbit came into its own : the logs gave me a nice overview of my entire trip - and I could corroborate certain time of the day as being "Oh this was that long walk at the Arishiyama Bamboo Grove .." and I could determine with reasonable certainty that on average I was walking 8.95kms per day in Japan!

Which is why - the Fitbit still has a place on my wrist till today.

Email ThisBlogThis!Share to TwitterShare to FacebookShare to Pinterest
Labels: gear